This desk has just a few of my boatanchors - I need another desk to set-up more equipment!! These are actually my favorites.

From left to right:

National RA0-7 W.W.II Receiver - This is a James Millen design and one of the "catacomb" receivers. It is a true boatanchor weighing around 80 pounds. It is also one of my favorite receivers and a really excellent performer not only on AM but on CW also.

Unknown Speaker: Maybe the matching speaker for an HQ-129X??

Hallicrafters SX-100: Dual Conversion superhet built from 1955 -1961. With all of the chrome and fancy trim, it is the 1958 Buick of boatanchors (GM went berserk with chrome trim). This is one of the most desirable of the Hallicrafters 1950's receivers and an excellent performer too - You can hear signals on 10 meters and the dial is reasonably accurate too!

Collins Speaker: Matching speaker for the 75A1 or 75A2 receiver.

Hallicrafters R-47 Speaker: Matching speaker for the SX-115 (my novice receiver which I wish I had now) and other 1960's Hallicrafter's receivers

National NC-100ASD: Another James Millen, "catacomb" receiver covering 200 kHz to 30 MHz and skipping most of the broadcast band (400-1300 kHz). These radios were built from 1938-1945 with many, many variations. This is another good performer/

National NC-46: One of the first post-war nationals built from 1946-1948. This is a single conversion 10 tube superhet covering 550 kHz to 30 MHz. This one has the "rare" matching speaker above it. This radio is an average short wave receiver but has a really neat "Deco" look. 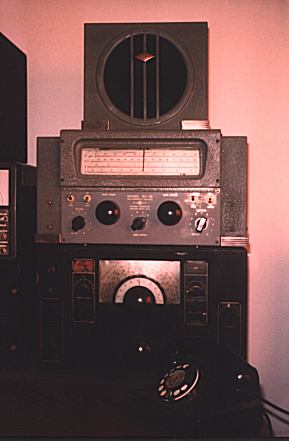 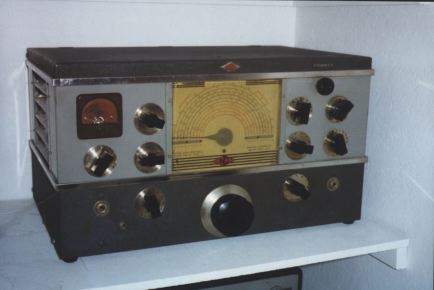 National NC-200: Another James Millen"catacomb" receiver and one of my favorites. This was also one of the first boatanchors I acquired back in the early 1990's when I first became re-interested in vintage equipment. This radio was built from 1940-1943 and covers 550 kHz to 30 MHz with separate bands for 80, 40, 20 and 10 meters. This radio like the RAO-7 has an "excellent for it's time" crystal filter and is a real good performer on both AM and CW. 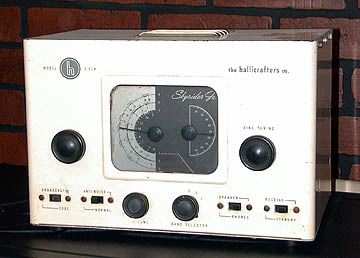 Hallicrafters S-41W Skyrider Jr: This is the radio that actually got me started in Ham Radio when my Dad loaned me his back in 1961. I began SWLing with the S-41W (before I got the SX-115) by listening to the ham bands (when I could find them ) and short wave. I once even found 10 meters and heard a signal with this radio :-). I recently acquired this radio and it is in excellent condition both electrically and cosmetically.

This is a six tube radio made from 1945 to 1946. It is actually the same radio as the Echophone EC-1A which was a name of a company involved with and later owned by Hallicrafters. The Echophone receivers were designed and manufactured by Hallicrafters also. These radios were also the predecessors to the S-38 s series - recognize the similarity in the panel layout and tuning dials??

The S-41 was made in two versions, the S-41G for gray cabinet and the S-41W for white cabinet. The "W" version is rare and much harder to find. The "G" version is pretty common. 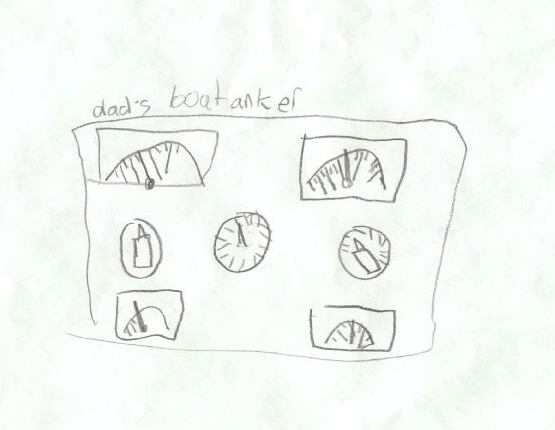 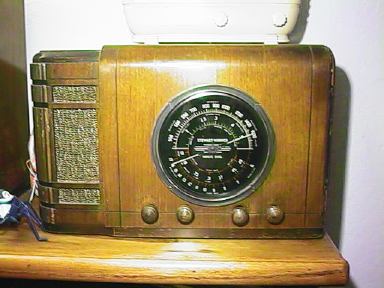 Stewart Warner R-1451-A: This is a 1936, 6 tube superhet covering 550 kHz -17 MHz with a "Magic Dial" (I am still trying to figure out what is magic about it!). I recapped this and replaced two tubes. Finish is original also requiring some cleanup. This is a really nice sounding radio and very sensitive too.